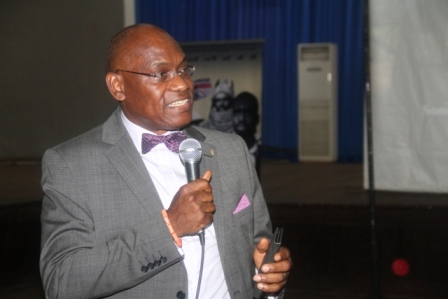 To mark the 2015 World Children’s Day, the Edo State Internal Revenue Service (EIRS), in collaboration with the State Ministry of Education and Lancelot Imasuen Media Network unveiled the much talked about movie:” Invasion 1897 for secondary schools in the state.”

The event tagged: “Special Screening of Lancelot Oduwa Imasuen’s Invasion 1897 for the 2015 Children’s Day Celebration” was aimed at showcasing the movie which captures the historical event of how the British Colonials invaded the Benin Empire in 1897.

Speaking at the occasion, the Executive Chairman, EIRS, Chief Sir Oseni Elamah said the event was part of many programmes put together by the present administration to support school children whom he described as future leaders.

He noted that the Oba Akenzua II Cultural Centre, venue of the event took a more attractive look as a result of tax payers’ money.

“Our assignment is to ensure we pay your teachers, provide computers laboratories in your schools, build good roads like the Airport Road, and provide other infrastructures,” stated the EIRS boss.

Chief Elamah urged the children to persuade their parents to fulfill their civic obligation of paying taxes, so that government could deliver more dividends of democracy to the people.

He asserted that the programme which he termed ‘Catch Them Young’ would feature essay competition for various secondary schools in the state and will be centred on revenue generation/tax administration.

The revenue Chief who maintained that since the ICT connects the children with the future, said: “We are going to take one school as a pilot project and put a state-of-the art ICT laboratory in that school, because, ICT connects you with the future.” he said.

Over twenty public secondary schools graced the event which was part of the corporate social responsibility of (EIRS).