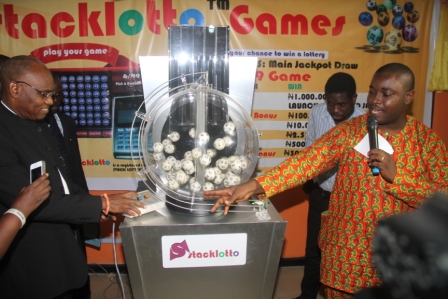 The Executive Chairman of Edo State Internal Revenue Service, (EIRS), Chief Sir Oseni Elamah has reiterated the state government’s commitment towards ensuring a viable tax-friendly environment that would guarantee influx of business to drive home the economy of the state.

Chief Elamah made this known in his goodwill message during the Stack Lotto Lottery draw held in Benin City.

The revenue boss who described the event as a ground breaking one in Edo State, as it only operates in Lagos, urged the organisers of the event to imbibe the spirit of transparency, integrity and fear of God as the driving force towards achieving success.

Chief Elamah who stated that there is a regulatory law on such businesses also said that they are regulated such that the government give confidence to the people of an atmosphere where businesses can strive and to enable the people fulfill their tax obligation to government.

Chairman of the occasion, Richard Iyasere in his remarks, commended the initiative, describing it as an idea geared towards redistribution of income. Managing Director of Stack Lotto Lottery, Mr. Joe Akpede who noted that the Lotto outfit was incorporated in 2013, said it was aimed at creating wealth for the people of Edo State.

He asserted that he intended to use the Lotto outfit to bring about a unique system that is different from what was obtained in the past.