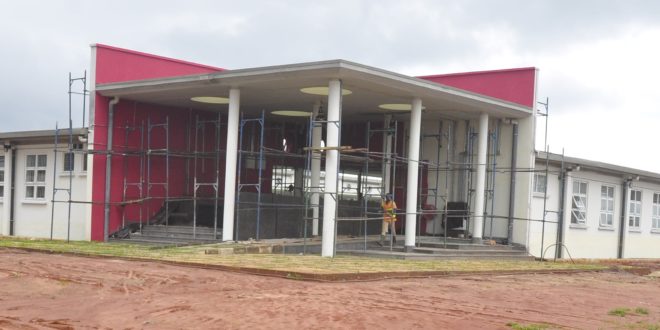 According to Project Lead, Benin Science and Technical College Rehabilitation Programme, Giles Omezi, “Phase one of the project, which comprises two new state-of-the-art classroom blocks, will be handed over to the government ahead of the September 2019 reopening date.

“The next Phase of the project is in progress and involves the refurbishment of the nine existing steel frame buildings built in 1973 by the Samuel Ogbemudia administration of the defunct Mid-Western Region.”

Umezi added: “Due for completion at the end of the 2019, a large proportion of new workshop equipment will be installed. Key infrastructure interventions include a dedicated 33kv line from the Benin North electrical sub-station which draws power from the NIPP Ihonvbor/Azura Power complex and a 45mbps fibre optic cable serving the college.

Special Adviser to the Governor on Media and Communication Strategy, Mr Crusoe Osagie, said by September when schools resume, the students shall move into the new classroom blocks with work continuing on the site infrastructure, external works and sports facilities.

Osagie added that in preparation for resumption, the state government
inducted 104 newly recruited teachers to drive ongoing reforms in Technical and Vocational Education and Training (TVET) sub-sector in the state.

He added that the initial batch of furniture and equipment for the learning environment have already been supplied and installed. With a target student population of 1530 students, the college has streamlined class sizes to meet National Board for Technical Education (NBTE) standards, improving teacher-student ratio.

The rehabilitation work at GSTC Benin will act as a model for the revamp of the three other Technical Colleges in the state with lessons learned here applied.