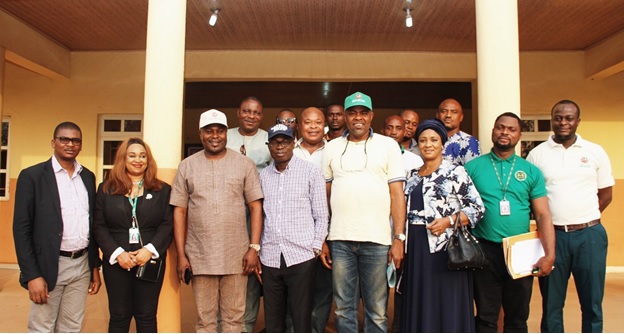 Taking this stand while speaking to members of the press during an Edo State Internal Revenue Service (EIRS) Tax Offices familiarization Tour Team led by Prince Felix Isuku, paid a courtesy visit to the Council Secretariat, Ilaboya stated that it was trite for EIRS and Local Government Councils to generate revenue towards development of the State.

He observed that available records showed that a lot of progress has been made by the EIRS management team which gave hope for increased revenue generation.

Emphasizing on the need for accurate and prompt tax payment, the Owan West Council boss stated, “It is evidently clear what the state government is doing with the scarce resources of taxes generated which has been used to provide infrastructures such as roads, schools, health care, power, agriculture, youth empowerment, as well as office infrastructure upgrade and reconstruction and lots more.

“Citizens of the state need to help government in other to help themselves through tax payment. Government is doing a lot with the scarce resources, using that money for infrastructural development and that tells us that the more we generate tax, the more development there will be.”

He called for more robust strategic synergy and expertise partnership between EIRS and the Local Government Councils to make for optimal internally generated revenue, at council areas.

He submitted, “I am happy that the EIRS team are touring the local government areas. We need to synergize together, think alike, because revenue is more embracing. It is more of grassroots. The team should also extend their expertise to the revenue staff so that more revenue can be generated.”