Role of the Nigerian Police Cannot be Underestimated- EIRS boss 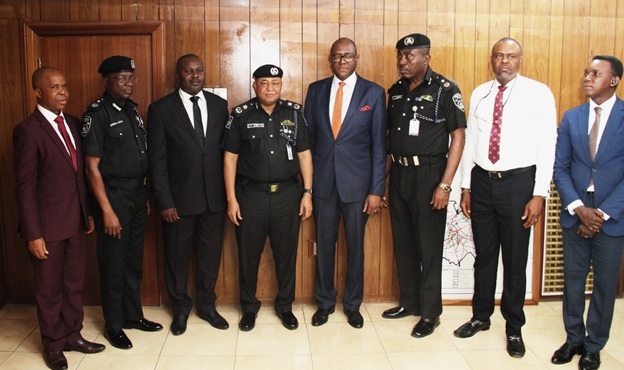 The Executive Chairman, Edo State Internal Revenue Service (EIRS) Igbinidu Inneh, has said that the role of the Nigerian Police cannot be underestimated in the process of revenue generation.

The EIRS boss made this known when he led members of EIRS Board on a courtesy visit to the Edo State Commissioner of Police Lawan Tanko Jimeta.

Inneh stated that the EIRS as a government agency, legally saddled with the responsibility of collection of revenue, is sometimes faced with challenges of non-compliance with the tax laws by some errant taxpayers, nothing that as humans, our existence and engagement in economic activities in any society, depends largely on the safety of lives and properties which the police provides.

Speaking on the EIRS automation system, Inneh informed the Edo State CP that “the Nigerian Police is a beneficiary of the system owing to the fact that it has positively aided in the prevention of crime and criminality as well as seamless and speedy investigation of criminal offences in the State with regards to vehicle documentation and number plates.”

In his response, CP Jimeta assured the EIRS Executive Chairman of the Command’s support and synergy in ensuring that revenue is generated in a more peaceful and safer manner adding that with tax education and enlightenment strategies, tax collection can become less challenging.