PRESS RELEASE:EIRS Board To Deepen Relationship With Judiciary For Sustained IGR Collection 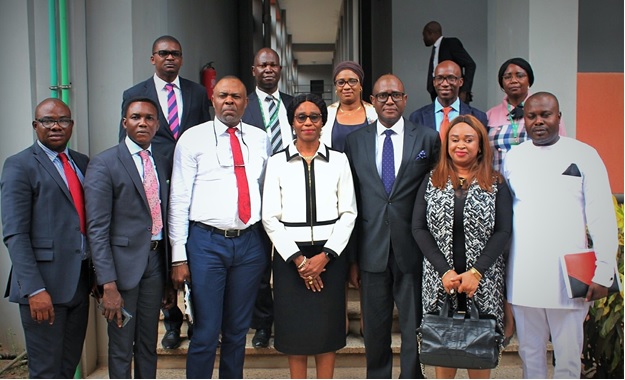 In a bid to deepen and strengthen the existing relationship that exist between Edo State Internal Revenue Service (EIRS), and the Edo State Judiciary in revenue administration process, the Executive Chairman and Chief Executive Officer of Edo State Internal Revenue Service, Mr. Igbinidu Inneh, members of the EIRS Board and management team has paid a courtesy visit to the Chief Judge of Edo State, Honourable Justice Esther Edigin in her office in Benin City.

The EIRS Executive Chairman at the visit, “that the Revenue Service will continue to deepen the existing relationship that exist between EIRS and the Edo State Judiciary, further strengthen revenue administration process in the State as well as appeal for the expansion of judicial adjudication structure with regards to revenue cases.”

Speaking further, Inneh stated “that the desire of the EIRS is to render service to its stakeholder such as the judiciary and to ensure that the nexus between judicial adjudication and revenue generation is very well established.”    To this extent, he informed of the Revenue Service’s intention to improve its support structure by providing for the Judiciary, an on-site mobile banking facility to aid persons who may need to make payment for services at the various Court premises.

Mr. Inneh used the opportunity to congratulate Honourable Justice Edigin on her elevation to the position as Chief Judge of Edo State.

In her response the Honorable Justice Edigin noted that the Judiciary has been in support of the tax system and EIRS’ mandate of revenue generation through which the state is currently being developed.