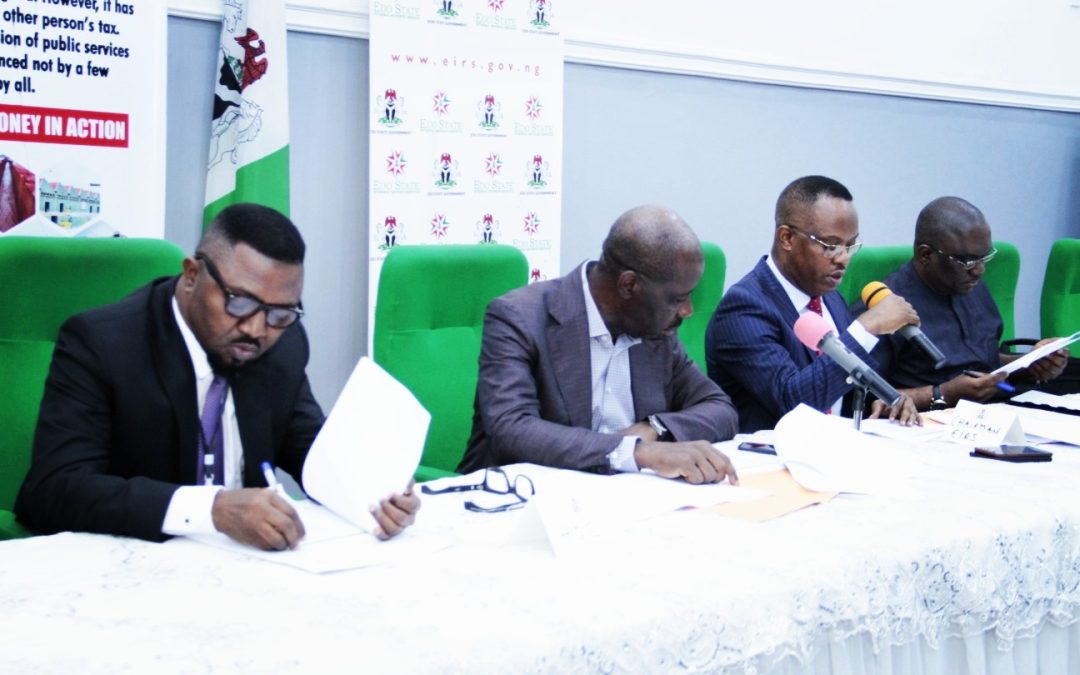 Governor Obaseki gave the directive in a meeting with the heads of ministries, departments and agencies (MDAs) of government responsible for revenue generation in Edo held at the Edo State Internal Revenue Service Corporate Head Office to review MDAs performances in H1 of year 2022.

He stated, “I have come to meet all the heads of Ministries Departments and Agencies responsible for generating revenue to see where we are, what we have done in the first half of this year in terms of our revenue collections and to see what plans we have in place to meet any shortfalls in revenues to date”

“We are about eighty per cent of where we expected to be. We have major shortfalls in the areas of property taxes because of a judgement which stopped us from collecting tenement rates. So we are going ahead dropping the issue of tenement rates.  It would be unfortunate because tenement is supposed to go to local governments”

He added “We are appealing that, but in the meantime, I have just given instructions that property taxes must be collected because that is the basis on which we can continue to run government. We can’t build more roads, we can’t do drainages, we can’t attend to the needs of our citizens if we don’t get taxes. And it is not the people who don’t have money that we expect to pay taxes. It is the people who own properties and the people who have major stake in the economy”.