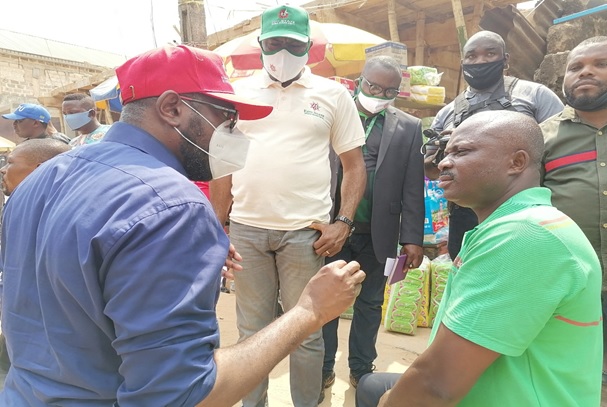 Appreciating the traders for reelecting Governor Godwin Obaseki and the need to actualize good works already kick started during his first tenure in office, Igbinidu enlightened and sensitized on set terms of reference on tax payments to government at Mission Road through Etebite and other surrounding streets

Traders upheld that it was novel having the tax chief at their shops, personally enlightening them which gave a humane tilt to the process aside boosting the  positive feedback mechanism and best means to harmonize tax.

Addressing members of the press on the engagement with traders, the first for the year under the “Tax Thursday” sensitization campaign, the tax Chief stated, “What we have come to do is first, to sensitize on the need to pay tax to government and enlighten on the options that make it more convenient for them via the Edo Revenue Administration System.

“Traders don’t have to wait till the end of the year to pay tax which makes the liability appear much. We have introduced the use of technology. They can make payments against their profiles, based on the amount they were paying monthly so that at the end of the year, it is only a little they have to settle.”

He informed that scratch cards have been introduced to the payment scheme in addition to the existing online and bank payments to suit individual needs of traders who find it cumbersome to make bank payments especially in the wake of the dreaded COVID-19 pandemic.

Mr. Ikechukwu Ezeji, a trader, praised the exercise noting that the country and even the state need tax to effect development. He also praised the state governor for his humanist tilt towards the need of the people.