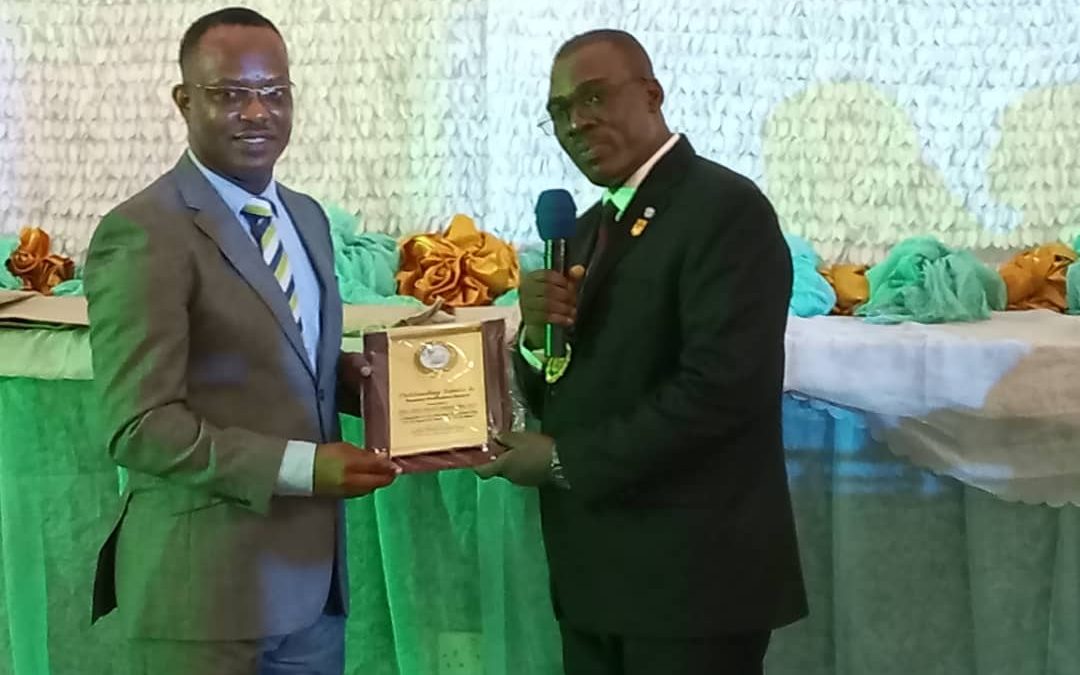 “Outstanding Service to Taxation Award,” in recognition for their efforts at educating taxpayers and stakeholders on tax matters.

CITN, Benin and District Society, it must be known, bestowed awards on twelve recipients (members) for their capacity to drive the tax and arbitration process with obedience to the rule of law even as Mr. Romanus Ebuehi FCTI got invested as the 7th Chairman of the institute.

Speaking the press while appreciating the professional body for the “Outstanding Service to Taxation Award,” given to him in recognition for efforts at educating taxpayers and stakeholders on tax matters, Hon. John Osagie Inegbedion said, “Tax is now a major discourse at the national level. It is the only means where states, federal and the local governments can earn revenues to sustain its developmental projects.”

He told people not to shy away from the issue of tax for, “It is a contemporary issue that will continue to strive. It is now a discipline. In most universities you now have taxation as a discipline where you can study and become a professional.”

Unlike the biblical Tax Collector Zaccheus who had to climb a Sycamore Tree to get the attention of Jesus Christ, he said young ones did not have to struggle for the attention of society as a process has been put in place to groom them for excellence.

“It is now a discipline. In most universities you now have taxation as a discipline where you can study and become a professional. The young ones should take it to heart. Be serious about it. They have ready jobs waiting for them as virtually everybody and every adult is expected to pay tax. The demand for tax practitioners and tax professionals is in high demand.”

Inegbedion who was elated by the award from his professional body based on contributions in terms of practice as well as support for the growth of the institute advised persons desirous at exploiting their talents, thus:

“The issue of recognition is always about your contribution. More so, I want to encourage both the young or old; it is never too late to make meaningful contribution to anything you believe in.”