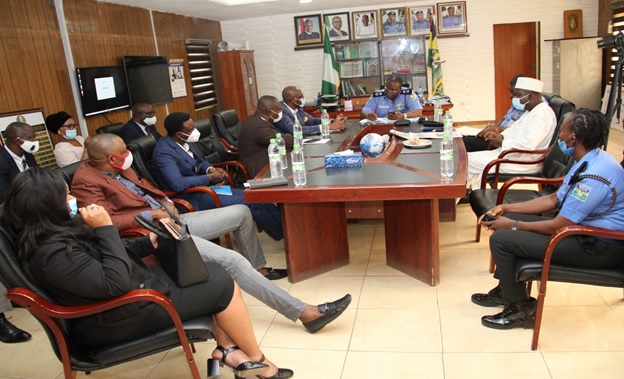 The management of Edo State Internal Revenue Service (EIRS), led by the Executive Chairman, Mr. Igbinidu Inneh, has met with the Edo State Commissioner of Police, Philip Ogbadu, and his team with a view to fine-tune strategies at ensuring an effective tax administration.

Speaking during the visit, the Executive Chairman, informed the Commissioner of Police and his team of the Revenue Service’s efforts made, as well as results achieved at ensuring a seamless tax transaction process via the development of several IT solutions named -Edo Revenue Administration System – ERAS- adjudged as one of the best in Nigeria.

Inneh said the ERAS technology deployed, also have a mobile collection system that caters for both fixed and mobile business operators in the informal sector, with tax for benefit scheme in place.

While noting the very significant role of the Police in revenue administration, the revenue boss appealed for the command’s support at ensuring all taxable persons come into the tax net.

In his response the Edo State Commissioner of Police, Philip Ogbadu sued for all persons in the state, particularly in the informal sector which accounts for a large number of economic participants, to comply in the payment of their taxes.

CP Ognadu thanked the EIRS Executive Chairman and his team for the successes achieved thus far, the fairness exhibited and humane disposition in dealing with the people.

Highpoint of the strategic visit/partnership was the set-up of a Joint Tax Team to bring Police Officers’ Wives (POWA) and other associations who own shops and trade, into the tax net for effective tax administration.